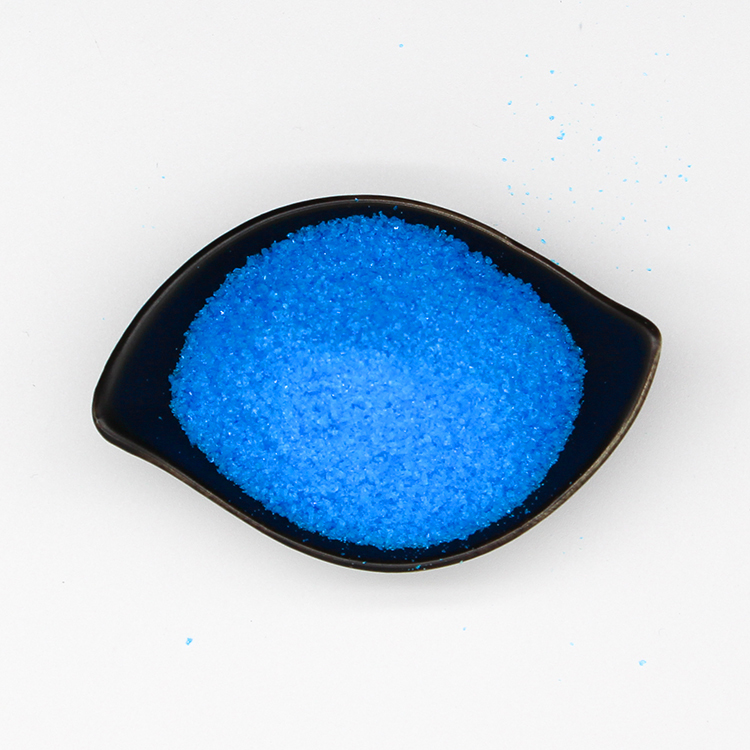 ● Copper sulfate pentahydrate is an inorganic compound
● Chemical formula: CuSO4 5H2O
● CAS Number: 7758-99-8
● Function: Copper sulfate is a good fungicide, which can be used to control diseases of various crops

In copper sulfate agriculture, copper solution has a wide range of uses. It is mainly used for the prevention and treatment of various diseases such as fruits, peas, potatoes, etc., with good effect. Copper sulfate can be used to kill fungi. It is mixed with lime water to make Bordeaux mixture, which is used as a regeneration preventive agent to prevent fungi on lemons, grapes and other crops and prevent other rotting colonies. Microbial fertilizer is also a kind of trace element fertilizer, which can improve the effectiveness of chlorophyll. Chlorophyll will not be destroyed prematurely, and it can also be used to remove algae in rice fields.

The mixture of copper sulfate and lime water is chemically called "Bordeaux mixture". It is a well-known fungicide that can prevent and control the germs of different plants such as fruit trees, rice, cotton, potatoes, tobacco, cabbage, and cucumbers. Bordeaux mixture is a protective bactericide, which inhibits spore germination or mycelial growth of pathogenic bacteria by releasing soluble copper ions. Under acidic conditions, when copper ions are released in large quantities, the cytoplasm of pathogenic bacteria can also be coagulated to play a bactericidal effect. In the case of high relative humidity and dew or water film on the leaf surface, the medicinal effect is better, but it is easy to produce phytotoxicity to plants with poor copper tolerance. It has a long-lasting effect and is widely used in the prevention and control of various diseases of vegetables, fruit trees, cotton, hemp, etc. It is particularly effective against leaf diseases such as downy mildew, anthracnose, and potato late blight.

It is a sky blue colloidal suspension made of about 500 grams of copper sulfate, 500 grams of quicklime and 50 kilograms of water. The proportion of ingredients can be appropriately increased or decreased according to needs. The ratio of copper sulfate to quicklime and the amount of water added should be based on the sensitivity of the tree species or species to copper sulfate and lime (less copper sulfate is used for copper-sensitive ones, and less lime is used for lime-sensitive ones), as well as the control objects, season of application and temperature. It depends on the difference. Commonly used Bordeaux liquid ratios in production are: Bordeaux liquid lime equivalent formula (copper sulfate: quicklime = 1:1), multiple volume (1:2), half volume (1:0.5) and multiple volume (1: 3～5). Water consumption is generally 160-240 times. Preparation method: Dissolve copper sulfate in half of the water consumption, and dissolve the quicklime in the other half. After it is completely dissolved, slowly pour both into a spare container at the same time, stirring constantly. It is also possible to use 10%-20% water-soluble quicklime and 80%-90% water-soluble copper sulfate. After it is fully melted, slowly pour the copper sulfate solution into the milk of lime and stir while pouring to obtain Bordeaux liquid. But must not pour the milk of lime into the copper sulfate solution, otherwise the quality will be poor and the control effect will be poor.

Metal utensils should not be used for the preparation container, and the sprayed equipment should be cleaned in time to prevent corrosion. It can not be used on rainy days, foggy days, and when the dew is not dry in the morning, so as to avoid phytotoxicity. It cannot be mixed with alkaline pesticides such as lime sulfur mixture. The interval between the two drugs is 15-20 days. Stop using it 20 days before the fruit is harvested. Some apple varieties (Golden Crown, etc.) are prone to rust after being sprayed with Bordeaux mixture, and other pesticides can be used instead. 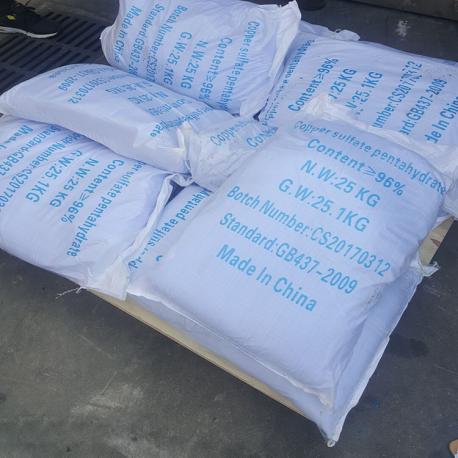 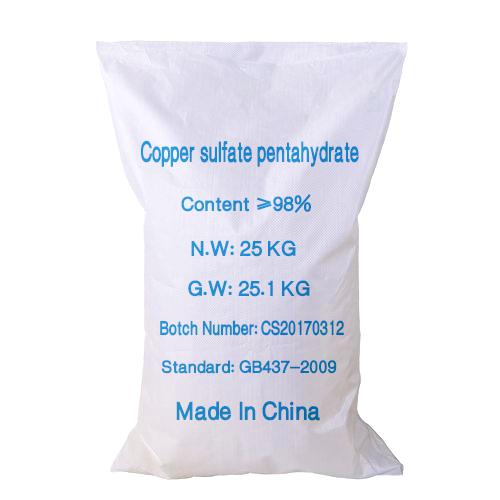 1. Are you a trade company or factory?
We are a trade company and we have our own factory.
2. How do you control the quality?
We control our qualiy by the factory testing department. We also can do BV, SGS or any other Third-party testing.
3. How long time you will make shipment?
We can make the shipping within 7 day after confirm the order.
4. What documents you provide?
Usually, we provide Commerical Invoice, Packing List, Bill of loading, COA , Health certificate and Origin certificate. If your markets have any special requirements, let us know.
5.Which kind of payment terms do you accept?
L/C,T/T,Western Union.

Write your message here and send it to us